WHY NIGERIAN TECHPRENEURS ARE LEAVING FOR UK 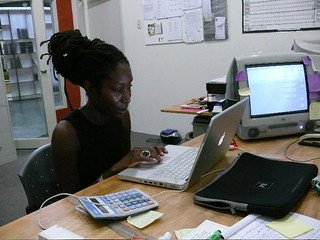 Ventures at Innovisa is a Nigerian brand company facilitating the migration of Nigerian techies to United Kingdom.

Nigerian techies have taken advantage of the UK’s talent-hungry immigration policies to relocate to Britain in the post-Brexit era, according to experts who help facilitate the move.

Jones Oviawe-Jones, vice-president of ventures at Innovisa, a company that facilitates visas for tech entrepreneurs, says that around 40 Nigerian entrepreneurs move to the UK each year.

“We’ve seen fairly steady and sustained interest for entrepreneurs to come over as part of the residency programme,” he says.

The UK introduced its Innovator Visa in 2019 to encourage seasoned founders to come and set up a business in the country. Individuals need to have a viable business idea as well as £50,000 to invest. One example is a company that built a gamification app.

Oviawe-Jones says that most of the businesses spot different opportunities in the UK market. Setting up payments companies, for example, is not a huge area of interest as the Nigerian market is far more suited to it than the UK.

The key attraction for these types of entrants is access to the UK stock market and a diverse pool of investors that is not present in Nigeria. “It’s a massive pull – the UK is a global destination to raise investment,” says Oviawe-Jones.

However, he adds the caveat that Nigerian entrepreneurs may struggle to break into investment circles – they will need to make connections.

The Global Talent Visa was also introduced in 2020, to encourage high-calibre candidates to move to the UK to work in tech companies. The ability to command six-figure salaries is a key motivating factor, Oviawe-Jones says.

However, while the flow of Nigerian talent is good for the UK, some argue that it feeds into the brain drain which damages startup scenes across Africa.

Oviawe-Jones disagrees, pointing out that many of the founders that move to the UK frequently move back and forth between Lagos and London. They pump money back into funds and angel investor networks and set up subsidiaries in Lagos. Indeed, the gamification startup has an office in Nigeria which it uses to employ developers.

“In many ways Nigeria gains from these guys,” he says.

“It’s cross-pollination. When they set up shop here in the UK invariably they are looking at where they can get resources cheap. And so by and large the development teams will be Lagos-based, which makes sense. So I wouldn’t say it’s a drain but a sharing of experience and knowledge which is beneficial for both regions”.

This idea calls into question traditional theories around brain drain, which may need reassessment in an era of increasing globalisation. Previously, doctors and academics would leave African countries and not return for years, leaving a significant gap in local talent.

As it becomes easier and cheaper to move around, perhaps a new understanding of Africa’s work-focused diaspora is required.

BEST CREDIT CARD OF 2022 YOU SHOULD GET

One thought on “WHY NIGERIAN TECHPRENEURS ARE LEAVING FOR UK”

How to become Cac Accredited Agent in Nigeria

10 profitable businesses you can do in Dubai as a foreigner

CAC ANNUAL RETURNS 2022: HOW TO CHANGE INACTIVE STATUS ON CAC