TOP 20 BANKS IN THE UNITED STATES 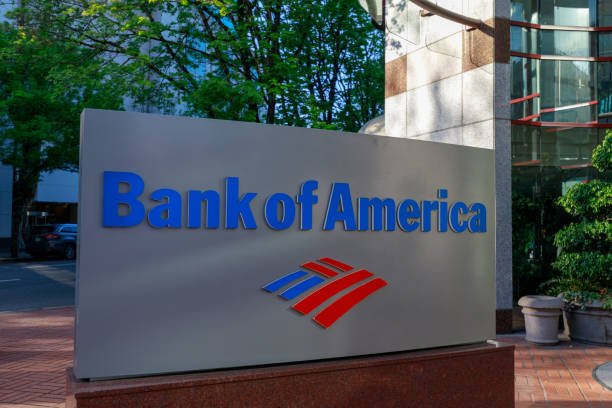 Top 20 Banks In The United States

United States, together with China and a few other countries, houses the biggest banks in the world. There’s no obviously no doubt about that.

The banking sector remains one of the most competitive and key sectors in the United States. Hence, each bank wants to get ahead of their counterpart.

This has caused many of them to merge together, and some have become partners. The biggest one continues to purchase the smaller one, thus expanding their network.

The Federal Reserve had just brought out a statistic which showed that the top 4 banks(JPMorgan Chase, Bank of America, Wells Fargo, and Citigroup) control 50% of the total banking assets of the whole of the United States.

What truly makes these banks different from the others? Apart from being worth trillions of dollars in assets, they are all invested in the digitalisation of their bank through technology.

Since COVID-19 has warranted the demand for mobile banking, the top 4 have fastened up and invested heavily in technology to meet the needs of their customers. As a result, they fast ahead of their competitors.

So many of them had to invest in other related businesses as well as expand their network by setting up different branches across the 56 states and Washington DC.

To provide you with information about the top 20 banks, we had to compare some factors such as the bank’s total assets, the number of branches, the amount of loans they offer, and the level of quality service they provide.

This article covers all the top 20 banks in the United States in 2022. The list is according to the statistics issued by the Federal Deposit Insurance Commission(FDIC).

JPMorgan Chase is a subsidiary of JPMorgan Chase and Co. The bank is known to offer the best service for consumers and small businesses in the states. The bank owns over 4700 bank branches across 49 states. In addition, they also own over 16,500 ATMs across the country. Chase Bank is estimated to be worth over $2.5 trillion in total assets.

Bank of America is the second largest bank in the United States. Among the top 3 banks, it has the least number of branches but is still ranked second. It owns over 4,000 branches and 16,004 ATMs in 37 states and the capital. Bank of America is worth over $2.3 trillion in total assets.

Wells Fargo is third on the list. It actually has almost the same number of branches as Chase, with over 4700 branches in 36 states including Washington, DC, but has the fewest ATMs among the 3, which is about 12,000. Wells Fargo Bank is worth over $1.69 in total bank assets.

Citibank has over 650 branches in 11 states and Washington, D.C., with the highest numbers in both New York and California. It, however, has the largest number of ATMs, which amounts to over 65,000. Its bank assets are worth more than $1.04 trillion.

US bank with over 2000 locations in 26 states, with the most in California, Ohio, and Illinois.It also has over 37, 000 ATMs across the States. US Bank is worth an estimate of $573 billion in bank assets.

PNC Bank had earlier, in 2021, purchased BBVA USA. As a result, they are able to expand their networks.It now has over 2600 branches across 28 states plus Washington DC. and about 60,000 ATMs nationwide.

The highest concentrations of their branches can be found in Texas, New Jersey, Ohio, Florida, and Pennsylvania. PNC Bank is said to be worth over $533 billion in total assets.

Truist Bank was formed in 2019 when Sun Trust Bank merged with BB&T. Now it boasts over 2100 branches across 17 states and over 3000 ATMs across the country. Truist Bank is worth over $532 billion in total bank assets.

Goldman Sachs Bank is an investment bank. It only offers savings accounts that yield high interest. Most of its operations are online, being operated by Marcus by Goldman Sachs. It has no bank branches nor ATMs; everything is operated online. Goldman Sachs’ bank is worth an estimated $438 billion in total assets.

TD Bank has only a few branches, which are mostly located on the east coast. It has over 1100 branches and 700 ATMs in 15 states along the East Coast. The largest number of their branches are located in Massachusetts, Florida, New York, and New Jersey. TD Bank has an estimated assets of over $405 billion.

Capital One has the highest number of ATMs on our top 20 lists,which amounts to over 75000 and 300 bank branches across 8 states, including Washington DC. Among its branches are Capital One cafes, where customers can attend seminars and workshops to learn about finance.

See also  How to Make Money on Tiktok in Nigeria

Also, Capital One 360; it’s an online-focused branch where customers are able to open accounts and save. The highest number of Capital One branches are situated in New York and Louisiana. The bank is worth an estimate of over $388 billion.

Citizen banks have about 1200 branches and over 3000 ATMs across 14 states, including Washington DC. Most of their branches are located in the Northeast and Midwest, with the highest number of branches in states like Pennsylvania, New York, and Massachusetts. Citizen Bank is worth an estimated $277 in total assets.

Fifth Third Bank has the 4th highest number of ATMs on our list with over 44000 ATM points operated by Allpoint, Seven Eleven, and Presto.

They currently have over 1100 branches across 11 states, with a higher number of their branches spread across Michigan, Florida, Ohio, and Illinois. Fifth Third Bank is currently worth a total of over $205 billion.

First Republic Bank has the fewest bank branches among the top 20 banks. It has only 90 branches, with most of its branches located in California. In addition, they have no ATM anywhere.

What makes it different is that their ATM cards work on other banks’ ATMs, and it costs zero cents to make transactions via these ATMs. First Republic Bank is worth over $198 billion in total assets.

Keybank is known to offer one of the largest ATM networks in the United States with its over 43,000 ATMs. They also have over 1000 branches across 16 states, with most branches located in Washington, DC, Ohio, and New York. Keybank is worth an estimated total of over $185 billion in total net assets.

Allybank is among our list of banks without a single branch in the United States. Owners of Allybank Bank accounts are only able to bank online. But what makes it easier for their customers is that they can use Ally Bank ATMs at 430000 ATMs through the Allpoint network and there are zero fees. Ally Bank is currently worth an estimated amount of over $176 billion.

HSBC is a Chinese bank that has its branches across the United States, the United Arab Emirates, and several other countries. They sold most of their businesses to Citizen Bank and Cathy Bank in early 2022.

For this reason, they only offer premium accounts for deposits. It owns only 22 branches across New York and California and operates over 43,000 ATMs through the Allpoint network, which attracts zero charges. HSBC Bank USA is worth an estimated total of over $169 billion in total assets.

BMO Harris Bank has one of the least branches, which is about 500 across 8 states, and the biggest concentration in Wisconsin and Illinois. It also operates its ATM services through the Allpoint network, which allows all customers to make transactions on over 43,000 ATMs with zero charges. BMO has an asset value of over $163 billion.

Region Bank operates in 15 states with over 1300 branches. However, the majority of their bank branches can only be found in Southern states, with high numbers in Tennessee, Alabama, and Florida. It operates over 2000 ATM points across the 15 states. Region Bank has a total asset base of $160 billion.

American Express National Bank has no bank branches anywhere in the United States. Hence, it also operates online like some of the banks on our list. It operates over 37,000 ATM services through the MoneyPoint network. It offers one of the best savings rates in the United States. American Express National Bank has a total asset base of over $138 billion.

HOW TO BECOME A DRIVER WITH BOLT IN NIGERIA

HOW TO START POS BUSINESS WITH KUDA BANK

HOW TO BECOME A DRIVER WITH BOLT IN NIGERIA

HOW TO START POS BUSINESS WITH KUDA BANK

Where you can register your business in Nigeria